Smart Contracts Explained & How They May Define The Future Of IoT 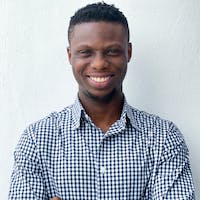 Smart Contracts are computer programs propelled by a set of predetermined conditions to execute specific functions if said conditions are met. Smart contracts are therefore self-regulated.

What is a Smart Contract?

Simply put, it is an automated computer protocol that runs on a Blockchain. It performs a given set of actions if a predetermined set of requirements are fulfilled. It is programmed to execute the same action irrespective of who carries out the transaction. Smart Contracts are at the heart of DeFi(decentralized finance). They run on Blockchains - which are public digital ledgers distributed on nodes.

Smart contracts are mostly used in the DeFi ecosystem to create dApps(decentralized apps). But that’s not the only use case for them. They can be used to create tokenized assets, games, voting systems, and IoT dApps.

Breaking down the Technical bits

A smart contract is “trust-less”: This means that the parties taking part in a transaction on a Blockchain do not need to know or trust one another. The terms of the smart contract allow for completely fair and accurate transactions to take place.

IoT (internet of things) represents a network of connected devices, software, and other technologies that interact with each other for the purpose of sharing data. IoT is implicitly suited to work with smart contracts, because, smart contracts and the Blockchains they run on cannot fetch data by themselves; they require an ‘oracle’. An oracle is a hardware(like an IoT sensor) or software – by means of an API - that feeds data into a Blockchain.

A case in point

An insurance company can accurately monitor and automate the release of claims on a damaged vehicle through the use of a smart contract that has IoT sensors – embedded in the vehicle in question - as its oracle. A use case such as this will obviously lead to a reduction in the cost of implementation and operation of IoT algorithms. In addition, because of the self-executable function of smart contracts, there would no longer be a need for a middle-man to verify the claims made by the insured party.

The potential implications for the implementation of smart contracts in the IoT ecosystem are mostly good. But there are – as is the case with emerging technologies - a lot of grey areas pertaining to the regulation of smart contracts on a Blockchain. For instance, in a situation where a smart contract-IoT system is used for the automation of the process of verifying if shipments have arrived at a docking facility. If the shipments do arrive and the IoT sensors verify the receipt of said shipments, the data is sent to the Blockchain and the smart contract executes payment to the respective party automatically. Upon human inspection, if one were to discover a missing piece from the shipments, it becomes a legal conundrum. This is because smart contracts aren’t really smart(because they are deterministic, as explained earlier) and more importantly, they aren’t legally enforceable contracts. So a payment would have been made for an incomplete shipment. Grey areas such as these constitute a major concern for the adoption of smart contract automated IoT systems.

The IoT ecosystem has a need for modularity, and smart contracts have a need for oracles. Working together, smart contracts provide a way for standardization of the process of data exchange between IoT devices by removing the middle-man, thereby saving time and resources. In turn, IoT devices can provide data to Blockchains run by companies enabling them to better automate and execute their processes.